Rheumatic heart disease was largely eliminated from Canada over the course of the 20th century. However, the disease still remains a lethal problem for Canada’s First Nations peoples. 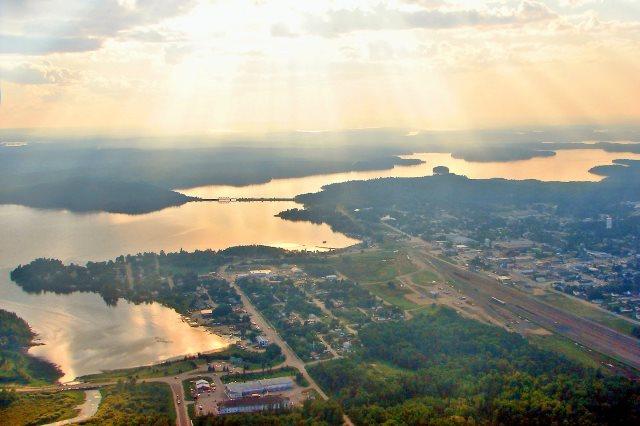 Introduction
Rheumatic heart disease was largely eliminated from Canada over the course of the 20th century. However, the disease still remains a lethal problem for Canada’s First Nations peoples. For First Nations people living in Sioux Lookout area, the likelihood of contracting rheumatic fever (which can develop into RHD) is 75 times greater than the non-Indigenous Canadian population.

Sioux Lookout area is home to approximately 25,000 First Nations people living in 31 rural and remote communities dispersed over a geographic area the size of France. From the time of the first treaty negotiations between First Nations and the settlers of Canada, provision of health care for designated First Nations has been the responsibility of the government of Canada. In contrast, health care provision for all other Canadian residents falls to respective provincial governments. Jurisdictional wrangling between federal and provincial governments has led to a fragmented health care system for First Nations communities resulting in inadequate primary care services and limited public health infrastructure. This is further compounded by the fact that 26 of the Sioux Lookout area First Nations are only accessible by aeroplane for 10 months of the year.

Frontline health care in Sioux Lookout area is provided primarily by nursing stations staffed 24/7 by community health nurses. Physicians visit communities for five to 20 days a month depending on community size. Some communities have infrastructure to support x-ray equipment however all lab specimens must be flown to the local referral hospital and patients must leave the community for any other diagnostic imaging. In general, the communities experience a disproportionately high burden of health issues.

In 2015, an ad-hoc Acute Rheumatic Fever Working Group was established to examine emerging cases of RF and RHD, given the lack of a formal RHD programme in the area. Janet Gordon, who is the Chief Operating Officer of the Sioux Lookout First Nations Health Authority, is looking at ways to establish an effective control programme for the people in her communities.

About the programme
Following reports of the deaths of two children from rheumatic fever in two of the Sioux Lookout area First Nations communities, one of the first tasks of the Working Group was to understand the epidemiology of rheumatic fever in the region. Due to limited infrastructure for public health surveillance, case finding was largely by word of mouth. Each case was assessed to determine whether it met the Jones criteria (guidelines used to diagnose rheumatic fever and RHD) and other risk factor information was collected.

Subsequently, the Working Group sought to ensure that cases received appropriate follow-up investigations and secondary prevention to stop the patients’ health from worsening. Access to penicillin had to be negotiated with the federally-run benefits programme for First Nations people in Canada. Referral to specialists at tertiary centres (e.g. hospitals) for assessment for RHD was ensured.

A large initial focus of the Working Group was education on rheumatic fever for health care providers and communities.  Given the general absence of newly presenting cases of rheumatic fever in Canada, most health care providers were unaware of the clinical presentation and diagnostic information required. Education sessions were held with both physicians and community health nurses. A new practice guideline was established for the frontline community health nurses for the assessment and management of sore throats. In addition, a referral pathway for newly identified cases was established to ensure that cases were also assessed by clinicians more familiar with rheumatic fever.

Challenges
Surveillance for rheumatic fever and rheumatic heart disease remains a significant challenge in Sioux Lookout area. Rheumatic fever is not ‘reportable’ in the province of Ontario and identification of cases remains reliant on clinician diagnosis. This means that cases might easily go unrecognized, and the country’s burden of disease is likely to be underestimated.

In addition, treatment and secondary prophylaxis is provided by the Canadian government through the Non-Insured Health Benefits programme, available to eligible registered First Nations and Inuit people in Canada.  Eligibility is determined by Canada’s controversial Indian Act and registration is not always possible for people at risk of RHD, due to administrative and cultural hurdles.

Furthermore, there is high turnover of health care providers in the region, which poses a challenge to ongoing education efforts.

Achievements
Local advocates, including local and regional Chiefs of First Nations communities, are using social media and online platforms to spread awareness of RF and RHD among First Nations people.

The ad-hoc Acute Rheumatic Fever Working Group has been successful in expediting the lengthy administrative process for people with rheumatic fever and RHD to access their rightful health insurance benefits.

Local physicians have also successfully advocated for penicillin to be re-established on the basic medicines list for the Non-Insured Health Benefits programme.

Moving forward
Janet Gordon recognises that there is an immediate need to establish surveillance systems, such as registries, to detect and diagnose RHD in the Sioux Lookout region and monitor trends. She is also calling for Ontario to add rheumatic fever to its list of regionally reportable diseases. Meanwhile, she and her colleagues are also advocating for consistent education protocols, so that health workers and communities can be aware of RHD and how best to prevent it.

Janet knows that simply monitoring RF and RHD in the region will not decrease the burden of disease. For the people of First Nations communities in the Sioux Lookout area, the primordial causes of RHD need to be addressed, in particular poor housing. First Nations people living on a reserve have the highest rates of overcrowding in Canada and are four times more likely to live in homes that require major repairs.79 These issues, which lie outside the health system, will need to be tackled via housing improvement strategies.