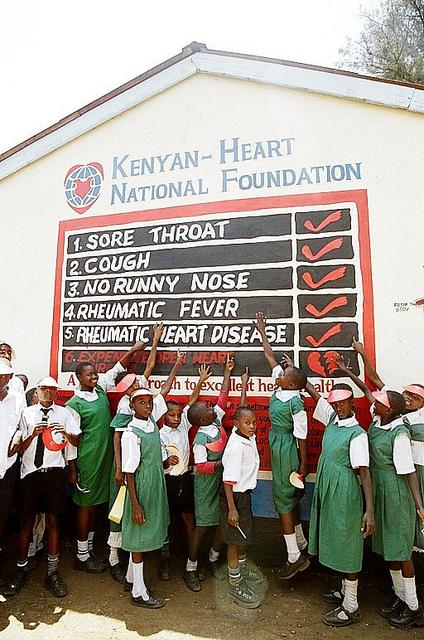 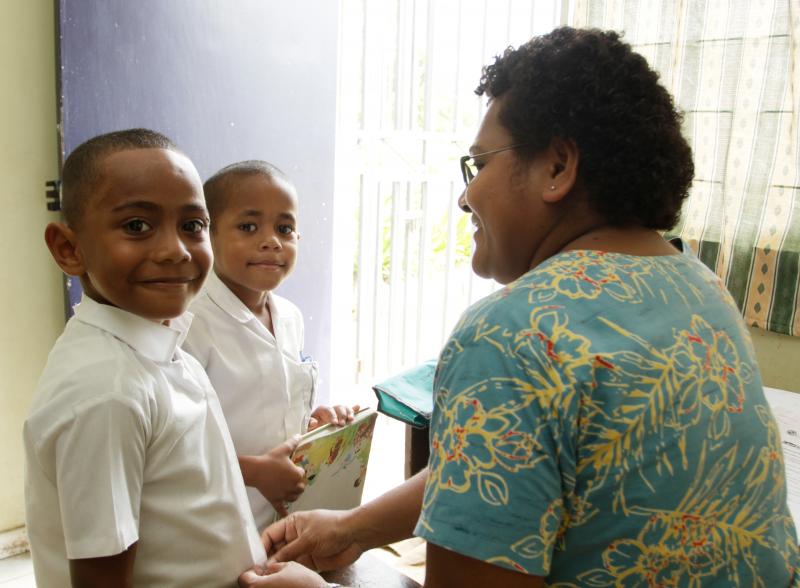 In most settings the perceived health priorities of communities can influence government response and funding allocation. Demonstrating the concern of a community - and a commitment to disease control - provides a powerful signal of need. Community initiated projects, such as the Papago RHD control project in Arizona have demonstrated the feasibility of engaging high risk communities in comprehensive control programs. Petitions, calls to action or community consultation may provide additional opportunities for engagement.

Pamphlets are relatively low cost, easy to distribute and can be taken home by families for later reference. However, experience from New Zealand suggests that few families (only 35%) had read pamphlets taken home from school. It may be necessary to adapted brochures in a range of languages or images suitable for low literacy settings. Many pamphlets and resources can be found in the Resource Hub.

Billboards, sidings, posters and public notices may be a valuable – and relatively low cost - opportunity to provide health promotion messages. In Kenya, the Kenyan Heart Foundation ran a program to paint thirty two ‘ Talking Walls’ in schools displaying signs and symptoms of RF.

Videos and films can be a powerful way of sharing information about RF and RHD. A number of educational resources have been developed for use in schools, community meetings and TV advertisements. In 1996 an RF/RHD information video was produced for the Northern Territory of Australia, funded by charitable donations. The video was widely distributed to community health centres. When it was evaluated some years later 90% of nurses or managers reported the video to be a valuable education tool. Producing videos can be time consuming and expensive, so it is important to have a clear vision for how audio-visual material will used and where it can be distributed. Interviewing or involving policy makers in the film may be a way to engage their interest in RHD control.

Online or technology based

Electronic community education modules may provide an important new medium to engage groups at risk of RF and RHD. An interactive digital module for RHD has been piloted in Kenya. In this module, animated presentations link sore throat to RF and then RHD. Immediately after completing the module, students answer interactive questions with prompt feedback. Anecdotal feedback has been very positive and formal evaluation is underway. Mobile phones text messages have been used in some areas to provide general public health messages, though not yet explored in the context of rheumatic heart disease.

In some parts of the world Facebook, Twitter and similar services are very popular with young people at risk of RF and RHD. Social media campaigns which encourage sore throat treatment, share knowledge about symptoms of RF and RHD and raise awareness about the problem have the potential for significant impact. A number of toolkits and social media resources are available online.

Radio messaging may be particularly useful for dispersed populations or in times of social instability and in areas of low literacy. Program evaluation from New Zealand found radio messages had been well retained by the target audience. Radio messages could include:

Media training for doctors or others who are going to be interviewed on radio television can be helpful.

Starting scrapbooks or folders of media coverage about RHD can be a useful way of ensuring media messages are clear, consistent and regular. Articles may be useful for evaluation and tracking trends in media coverage

In some education programs children have been encouraged to develop songs, skits and poems focused on RHD.

Celebrities can provide a powerful message about the importance of RHD control. People who are famous or popular may be able to access adolescents who can be difficult to reach with traditional health promotion messages. In New Zealand, sporting heroes living with RHD have been powerful disease advocates.

A wide range of events are possible to increase awareness. The annual ‘Rheumatic Fever Week’ is held in August in South Africa each year. A Heart Club founded in Kerala, India hosts events for young people living with RHD.

A video detailing the personal story of an American woman living with Rheumatic Heart Disease.