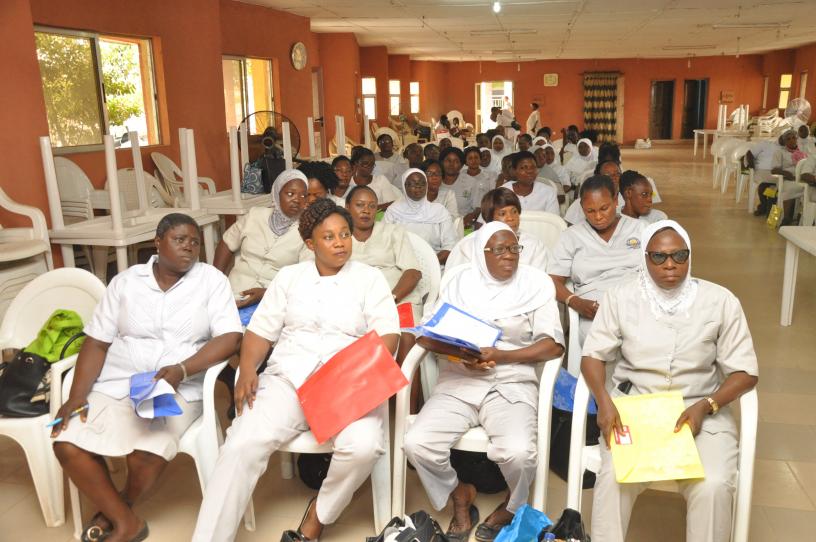 The Yoruba language is spoken by about 44 million people in West Africa, the majority of whom live in Nigeria. Rheumatic Heart Disease (RHD) is endemic in this sub-Saharan region, yet the Yoruba language lacks specific local words to describe many terms associated with RHD, Acute Rheumatic Fever (ARF) and strep throat.

Dr John Okeniyi is an active academic physician at the Obafemi Awolowo University Teaching Hospital in the ancient city of Ile-Ife in Osun State, Nigeria. His work life includes caring for patients while lecturing and supervising medical trainees as well as leading various paediatric health initiatives to improve care and capacity in his hospital settings. Through his affiliation with the Nigerian Heart Foundation, Dr Okeniyi, was awarded an RHD Action Small Grant for an RHD capacity building project for community health workers in Osun State – an area where Yoruba is the predominant culture and language.

This Small Grant project was Dr Okeniyi’s first formal venture into advocacy and training for RHD control and prevention, and we welcome him to our global RHD community! We are excited to share his experiences and lessons learned with our colleagues in our fight against RHD across the world.

Dr Okeniyi’s project targeted 300 community health officers and extension workers from local government areas of Osun State for educational workshops on ARF/ RHD. The project team developed workshop training materials and take-home resources for participants. Workshop materials were piloted among registrars and medical officers to test for clarity and lack of ambiguity and to time the activities in advance of the events. 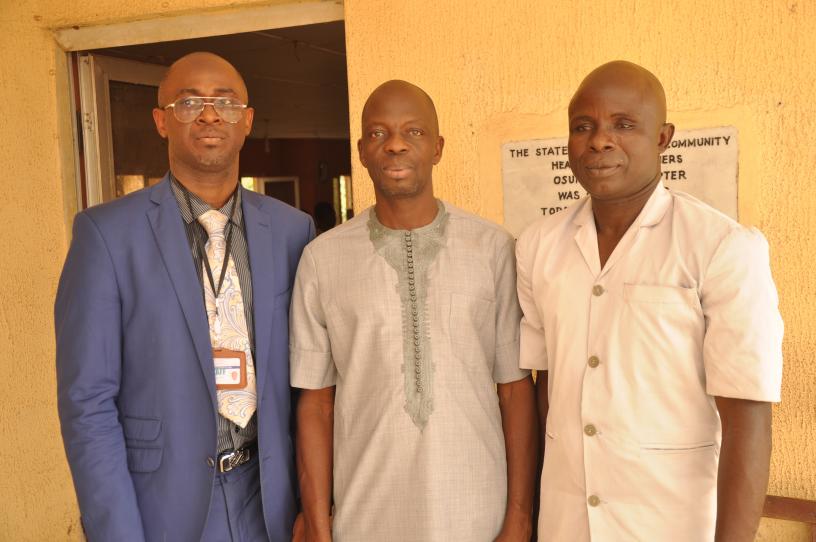 Dr Okeniyi and his team conducted three workshops in Osun State throughout January 2019 reaching a total of 320 participants. Activities were conducted in English and Yoruba. The day-long workshops were conducted at sites in each of the three districts and used a pre-test – post-test format. Dr Okeniyi was very pleased to report that pre-test/post-tests scores showed great improvement in knowledge about sore throat, ARF and RHD. The average pre-test score of 59.3% rose to an average post-test score of 94.5%.

A first challenge encountered by Dr Okeniyi and his team included some delay in establishing contact with the community health workers to organise the workshops, having to first obtain permission from the health workers’ union. A new relationship with the Osun State Chapter of the National Association of Community Health Practitioners of Nigeria (NACHPN) resulted and both the State and Second Vice Chairs participated in the workshops.
Osun State was also in the midst of national and state elections, as well a nationwide industrial strike during the project period. Dates of the workshops were scheduled and rescheduled accordingly. As with many of our small grant projects, there was a learning curve and longer-than-expected time frame for obtaining ethical clearance through the local university Research Ethics Committee.

Dr. Okeniyi facilitates one of the workshops to an audience of community health workers 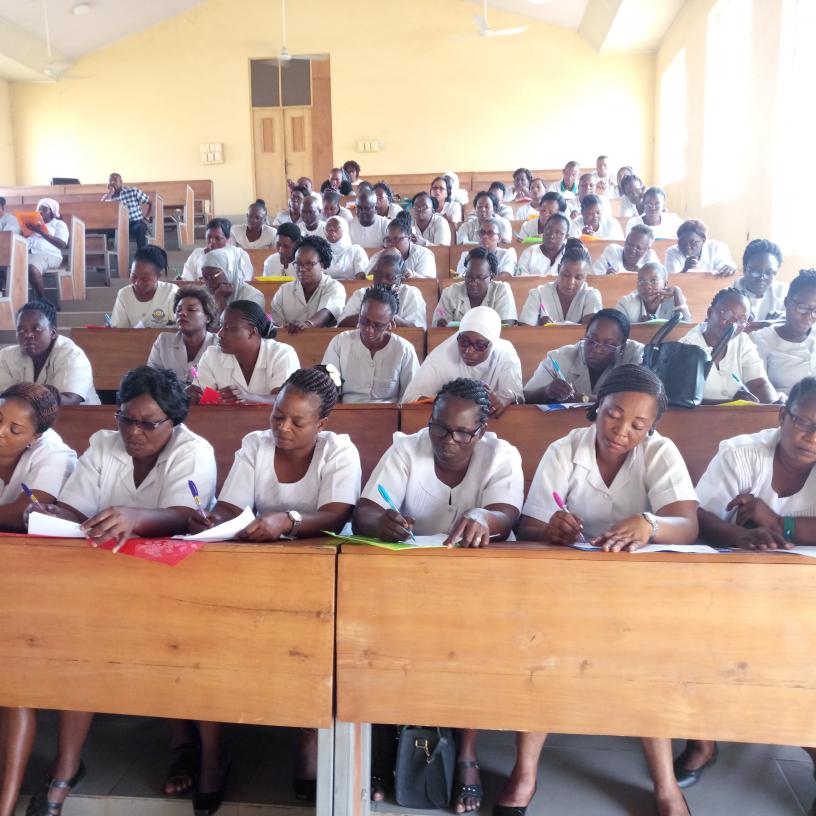 A special challenge was related to the local language. Dr Okeniyi writes, “Yoruba is the principal language in this index community. Unfortunately, the language lacks specific native words to describe many terms associated with RHD, ARF or strep throat. Thus, prospective researchers and workers in rural communities such as ours should first invest significant effort in seeking native terminologies and/or developing acceptable new words in the indigenous language(s) of the communities.”

Key words and phrases that were previously non-existent in Yoruba were developed and used in the workshops and on the take-home materials:

Encountering language barriers in health communications in RHD-endemic settings is not unique but is critically important to recognise when designing and conducting RHD awareness-raising and educational sessions. Documenting and creatively addressing the language obstacles encountered by his community of patients and their first-line carers was fundamental to the impact of Dr Okeniyi’s project.