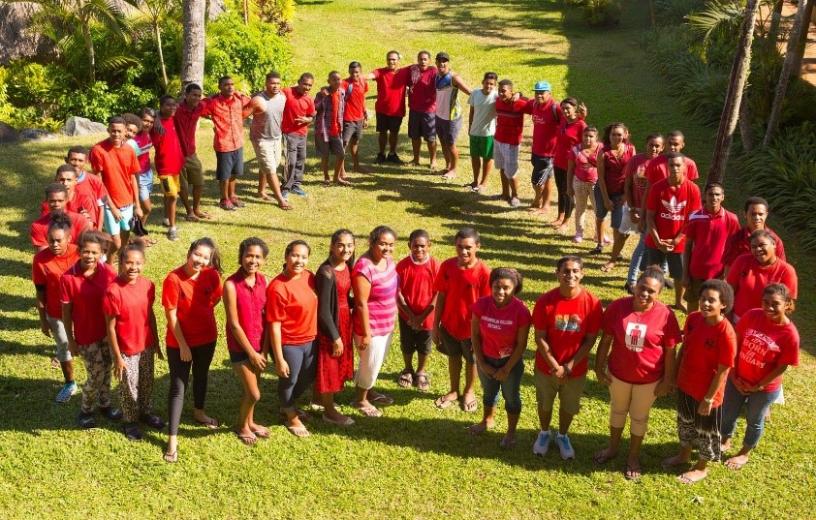 Launched this year, the RHD Action Small Grants Program funded five project proposals in low-and-middle income countries across the globe to support groups who are already addressing the work of RHD and to bring the work of key RHD stakeholders under the RHD Action banner. Successful applicants were awarded $2000 with the expectation that that the activity would be completed within six-months.

The "Empowering and Supporting Young People Living with RHD (PLWRHD) Activity", was led by members of the Fiji RHD Programme Team including representatives of the PLWRHD and carer community. The RHD Programme until recently has been working with people living with ARF and RHD of all ages and their families. This Activity represented the first time for the Programme to target adolescents who make up nearly 60% of the national rheumatic heart disease register. This work with young people living with RHD started as a one-day event and took place on 23 August 2017 at Mosquito Island, Lamiin Fiji.

In preparation for this adolescent-targeted activity, a group of six young PLWRHD, between 15 and 25 years of age, met to form an informal committee of RHD Champions (Champs). This group were tasked with organising what came to be known as the ‘Mosquito Island’ Activity.

Thirty-eight adolescent PLWRHD came together to participate in various activities designed to promote team work, effective communication and leadership skills. The age of participants ranged from 12 to 34 years. The majority of the participants reported never having been to an RHD support group and nearly one-quarter of participants were not aware of ever having met another PLWRHD prior to the Mosquito Island Activity.

The day was comprised of a series of fun-focused physical activities that included warm ups, a tug of war, plank walk race and volley ball. The main activity was a cardboard boat challenge that required teams to plan, cut and construct their own vessels for a race. This generated discussions on the challenges that PLWRHD face and ways that these could be addressed. These messages were then printed on their respective cardboard boats before they were launched. Facilitators also used the event as an opportunity to explore reasons for missing treatment among this adolescent group and to stress the importance of adhering to treatment. 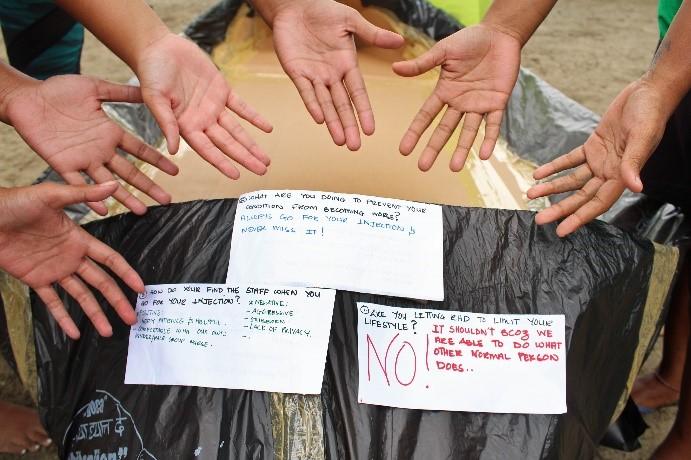 The participant group decided, overwhelmingly, to meet again and regularly. Participants suggested continuing to include physical activities such as volleyball, playing music, and other games in future events. Since Mosquito Island there have been three follow-on adolescent activities that have involved most of the original group plus some new participants.

One of three follow on activities was held on September 9th at the Walk on Walk Strong (WOWS) Community House in downtown Suva. WOWS, an organisation for children living with and families affected by cancer, and the RHD Programme have formed a partnership and WOWS has offered a family friendly (non- clinical) space at no cost for use at least one time each month. A total of 25 young people attended the WOWs/PLWRHD activity and again, the group of six RHD Champs led the planning and running of the day’s activities that included charades, pani and volleyball.

An RHD Champs-led discussion was conducted covering topics such as not allowing their RHD diagnosis to define them, empowerment, advocacy and an update about what the RHD Programme was doing, particularly the media campaigns for BPG adherence and rheumatic fever awareness. Following the success of the adolescent PLWRHD activities, the Fiji RHD Programme sponsored and organised an adolescent-focused activity as part of 2017 World Heart Day celebrations on 30 September.  With the generous sponsorship of Outrigger Fiji Beach resort, a five-star hotel, 40 adolescents and 10 staff members celebrated World Heart Day. The aim of the event was “to empower and encourage young people living with RHD” and “to educate young people living with RHD to live well and to their full potential.” 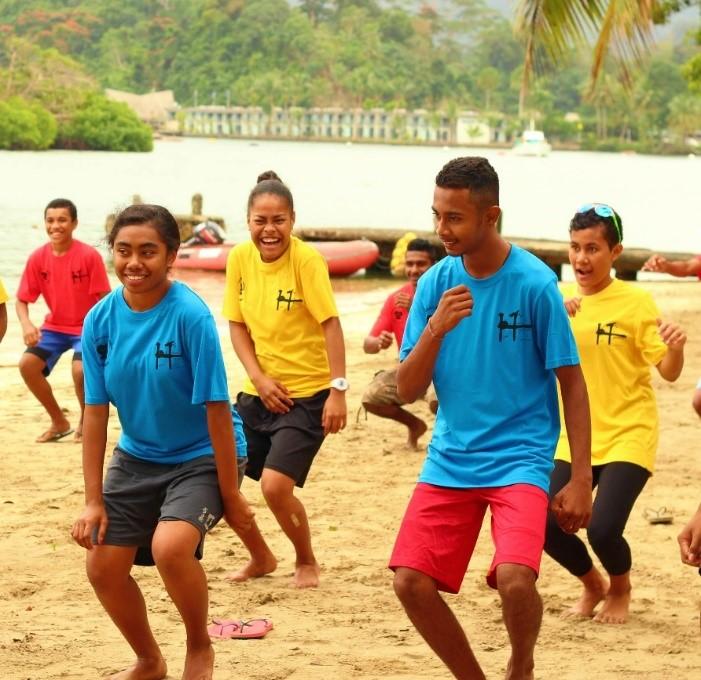 The day-long programme was a mix of health education and fun recreational activities. There were six booths manned by health staff that provided health promotion and educational messages and material to the adolescents (and to staff of the hotel!). These booths included heart health and benzathine treatment, nutrition, First Aid CPR, Lung health/Tobacco, and adolescent health including HIV/STIs and physical Activity.

These activities were facilitated by the Fiji RHD Programme Team on behalf of RHD Action Fiji Islands. The events were made possible through partnering with the Fiji Ministry of Health and Medical Services (MoHMS) and Cure Kids New Zealand.

The feedback and enthusiasm generated from the activities described illustrate the need for ongoing investment in activities that are aimed at educating and empowering young people living with ARF and RHD. It is a time when young people are taking more control over their health, and strategies that help address knowledge gaps and reduce isolation, for example, will help improve health outcomes in the medium and long term. The overwhelming feedback and comments received from the activities highlight the importance of supporting peer support groups that lend and cultivate a spirit of sharing and support, as well as celebrating lives lived with ARF/RHD.

Find out more about RHD prevention and control efforts in Fiji here and keep in touch with ongoing activities of the Fiji RHD Control programme on their Facebook page here.