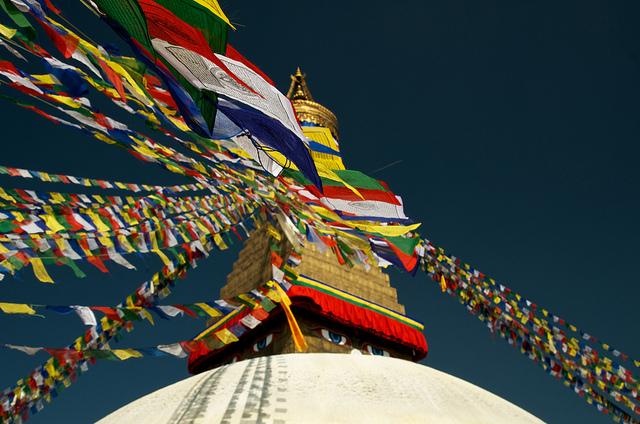 RF/RHD prevention in Nepal has been a joint effort between the government and the Nepal Heart Foundation (NHF) since 2008. Support and funding from the national government has made it possible to implement prevention policies on a wide scale throughout the country. The program is run “diagonally” as a disease-specific intervention occurring within a developing health system. Dr. P.R. Regmi, executive director of the National RF and RHD Prevention and Control Program and Pst President of the Nepal Heart Foundation, shared his experiences:

Components of the Program: Secondary prophylaxis is the major focus of the program. Active screening of school children evaluates 10,000 students per year in three stages:

Thirty five participating hospitals throughout the country keep paper records of RF/RHD patients which catalogue relevant clinical information including time of diagnosis, severity of disease and associated manifestations of disease, treatment given and reaction to penicillin. A central computerized database is kept in Kathmandu with compiled regional data. Patients receiving long-term secondary prophylaxis—in the form of BPG injections administered at district hospitals every 3 weeks—receive a “penicillin card” to document injection histories. The Nepal Heart Foundation procures BPG (and oral penicillin for patients unable to take BPG) and keeps a 6-month stockpile of the drug to protect against fluctuations in drug availability. Since the program’s inception, there has been no shortage of BPG.

The Lalitpur district in central Nepal is home to over 400,000 inhabitants with balanced rural/urban population distribution and was selected as a pilot site for a primary prophylaxis program. Support comes from the government, the NHF, and Rotary International. 46 health centres, health posts and sub-health posts in the region are involved and children ages 5-16 are targeted. Health professionals are trained to distinguish between viral and GAS pharyngitis based on clinical criteria; no swabbing or culturing is performed. Those children identified as having GAS pharyngitis are entered into a “TPR,” or tonsilopharyngitis, registry. Children are then treated with either oral amoxicillin, oral azithromycin or given placebo. BPG is not viewed as a feasible treatment option due to resistance from both parents and physicians.

Linking sore throat to RF/RHD and seeking immediate treatment for sore throat are crucial components of the program’s awareness campaign. Audiences are targeted using multiple forms of media. Unique education initiatives include: a formal class for members of teachers unions, integration of RF/RHD into curricula through partnership with the Ministry of Education, a professional documentary that has proven very popular with the populace and has aired more than 50 times on national television, daily advertisements on morning radio, school children in Kathmandu performing street plays for the community, billboard, wall paintings and stickers.

Convincing the government of the need to target RF/RHD was difficult, in part because there are many other diseases and causes vying for governmental attention and assistance in Nepal. Presenting data in a simple, concise and understandable manner was important for influencing non-clinical decision-makers. Special attention was given to highlighting RF/RHD’s disproportionate burden on the poorest sectors of Nepali society. Lobbying by the Nepal heart Network, a consortium of 19 heart NGO’s, as well as doctors and local politicians was pivotal. Personal influence was also significant; for example, the previous NHF President worked with the Secretary of the Ministry of Health. He was the personal treating doctor of the health secretary. It was crucial to identify passionate leaders as advocates who are willing to unrelentingly fight for their cause.

Although the program is widespread in its distribution throughout the country, ideally the program would be decentralized further to the sub-health post level. Currently, many individuals must travel to district hospitals to receive prophylactic penicillin every 3 weeks. The Ministry of Health must be convinced on a yearly basis to fund RF/RHD prevention. Preferably, program funds would be guaranteed via its integration into a long-term non-communicable disease budget and run without the help from NHF and other outside organizations. 100% of funds do come from the Nepal government, but even more funds are needed to implement certain program objectives.