“When it’s really quiet my friends say ‘Listen! Listen!’ And they listen to my heart” 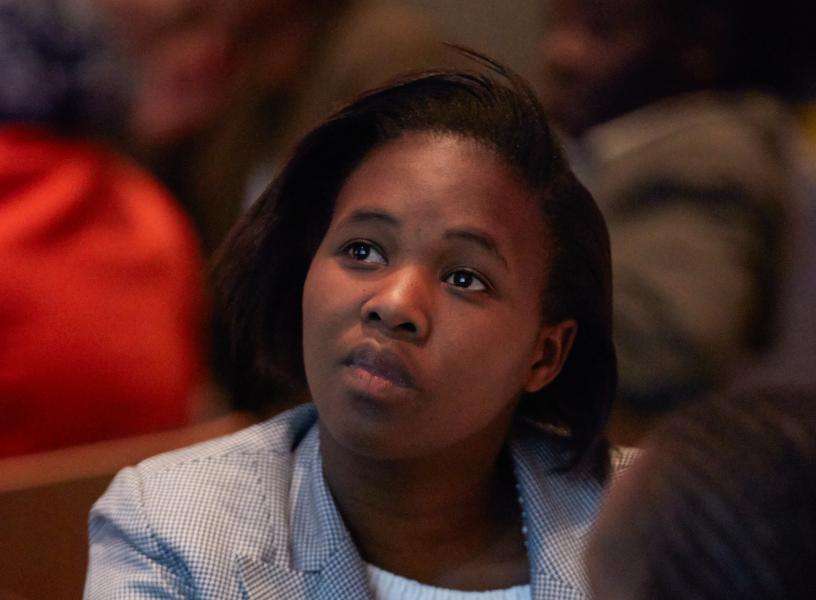 Zandile at the "Listen to my heart" event in Cape Town, September 2016

Zandile and Felicia are both from the Western Cape, South Africa and have one thing in common: they both live with rheumatic heart disease (RHD).

Zandile first became sick when she was in primary school; she was misdiagnosed several times before a doctor told her that she had rheumatic fever, and she eventually had to undergo valve surgery. Fortunately her operation was successful, and she is one year away from completing high school.

The first indications that Felicia might have RHD occurred after her first pregnancy, when she was 27, and she too had to undergo valve surgery. Her 4-year-old daughter, Mivuyo, is now soon to start school, while Felicia is also exploring further education.

Both Felicia and Zandile’s experiences show that people can live with and manage RHD, but also demonstrate the dangers of not diagnosing and treating RHD early. Felicia and Zandile have shared their stories in the hope that it will raise awareness about this preventable disease.

You can read more about Felicia and Zandile’s experiences of living with RHD here.