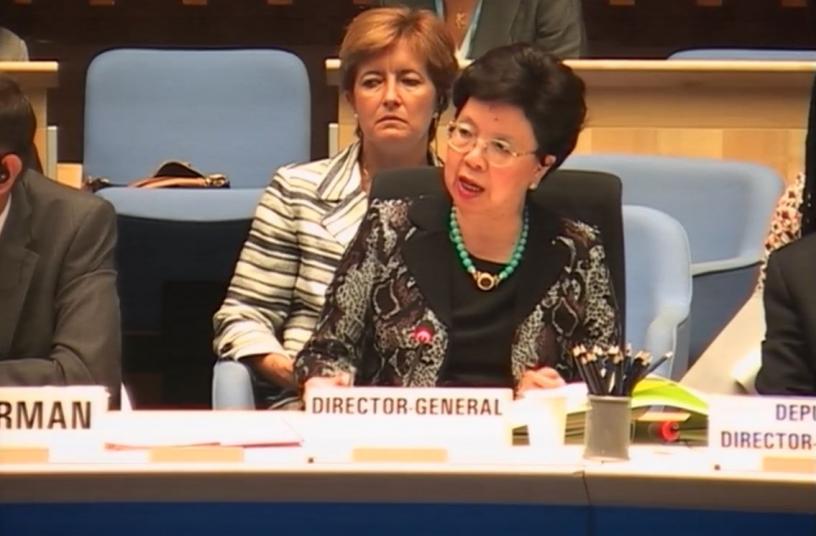 RHD Action and our allies have campaigned for years to secure a global commitment on RHD. We launched the #TimeToTackleRHD campaign to collaborate with partners around the world to demand that governments and the World Health Organization act on this preventable disease.

Today, on 01 June 2017, this work has borne fruit. This afternoon in Geneva, the Executive Board of the World Health Organization recommended a Resolution on ‘Rheumatic Fever and Rheumatic Heart Disease’ for adoption at the 2018 World Health Assembly.

This historic decision came after intense diplomatic negotiation and marks the first time that RHD has been recognised as a global health priority on the world stage.

Once adopted by the full World Health Assembly after further discussions in May next year, the Resolution will stand as the first global commitment on RHD to be endorsed by all governments. It will be a high-level global policy that demands national and international decision-makers to take action to prioritise and fund RHD prevention and control in all endemic settings.

The Resolution document itself was written by a group of governments (led by New Zealand) who recognised that RHD could no longer be ignored. The Resolution is joined by an official report from WHO, which calls for a ‘coordinated global response’ to tackle RHD.

On behalf of RHD Action, the World Heart Federation delivered a policy statement during the RHD discussions. We called for strong commitment to the ‘coordinated global response’ and stressed the importance of sustained funding and setting clear goals and targets to guide progress. RHD Action also called for people living with RHD and front-line health workers to be meaningfully engaged in designing and implementing the work ahead.

The next major step in this policy process happens in May 2018, where we expect the Resolution to be adopted at the World Health Assembly in Geneva. Until then, RHD Action will continue our tireless advocacy to keep RHD at the top of the global health agenda.

We would like to thank all those who continue to support the #TimeToTackleRHD campaign, from more than 50 countries around the world.  We would also like to recognise WHO’s spirit in supporting this global commitment, and the efforts of co-sponsoring governments who have prioritised RHD.

Our work does not stop here. Now that we are so close to a strong Resolution on rheumatic fever and rheumatic heart disease, we must focus on how we will translate this policy into action. Keep following RHD Action on social media, and sign up to our newsletter to stay up to date.

You can watch a replay of the intergovernmental discussions here

If you have any questions, please direct them to Joanna Markbreiter, Policy & Advocacy Manager at: resolution@rhdaction.org

The RHD Resolution in numbers

#EB141 Dr. Margaret Chan thanks EB members and @WHO member states for their interventions on Rheumatic heart disease pic.twitter.com/tm7VwxBMGd