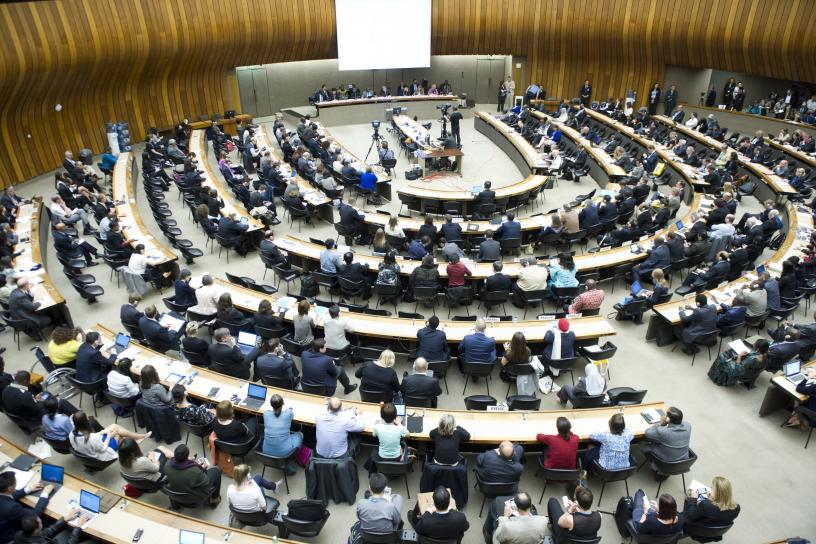 Following years of campaigning and advocacy from the RHD community, we are delighted to announce that on Friday 25 May, Member States of the World Health Organization unanimously adopted a Global Resolution on Rheumatic Fever and Rheumatic Heart Disease at the World Health Assembly in Geneva, Switzerland.

This historic decision marks the first time that Rheumatic Fever (RF) and Rheumatic Heart Disease (RHD) have been recognised as global health priorities on the world stage. The Resolution was co-sponsored by countries from all six WHO regions, demonstrating the urgent need for a global response.

Discussions at the World Health Assembly on Rheumatic Fever and Rheumatic Heart Disease
A number of governments took the floor to call for national, regional, and global actions to prevent and control RF & RHD. The government of New Zealand, which led the drafting process to develop the Resolution, set out the case for taking action due to the prevalence of RF and RHD globally, stating: ‘the facts and figures are clear’.  This argument was reinforced by the delegation of Namibia, who noted that the number of people living with RHD around the world was comparable to those living with HIV.

There was strong consensus among governments that action was needed to strengthen primary and secondary prevention of RF and RHD, integrate RHD services into primary health care, secure a reliable supply of benzathine penicillin G, and ensure a well-resourced and trained health workforce to provide RHD services.

Discussions did not focus solely on health systems strengthening, however, with many countries highlighting that vulnerable groups such as women, children and adolescents and marginalized communities were those most affected by RF and RHD, and that its prevention and control was essential to achieving the Sustainable Development Goals and universal health coverage.

Several governments expressed optimism about the prospect of eventually eliminating RF and RHD through strengthening primary health care services, and the development of a vaccine and long-lasting formulation of benzathine penicillin G.

Civil Society Statements at the World Health Assembly
The voice of civil society was strongly represented during the discussions on RF and RHD, with five different organizations delivering policy statements. On behalf of RHD Action, the World Heart Federation delivered a statement that highlighted the success of WHO’s previous global programme on RHD from 1984-2000, and urged governments to act on the Resolution’s recommendations.

The statement also underlined the importance of setting clear targets to measure progress towards the Resolution’s implementation, and for people living with RHD and frontline health workers to be meaningfully engaged in designing and implementing the work ahead.

Other organizations that submitted statements included the International Council of Nurses, the Global Health Council, Medicus Mundi International, the World Medical Association and a joint statement by Alzheimer’s Disease International and the NCD Alliance.

Which Policy Recommendations are Contained in the Resolution?
The Resolution on Rheumatic Fever and Rheumatic Heart Disease was written by a group of governments – led by New Zealand – and is accompanied by a summary report from WHO, which calls for a ‘coordinated global response’ to tackle RHD. It demands national and international decision-makers to take action to prioritise and fund RHD prevention and control in all endemic settings.

What Happens Next?
Our work does not stop here: in fact, the real work is just getting started. The adoption of a Resolution on Rheumatic Fever and Rheumatic Heart Disease represents enormous progress in our efforts to prevent, control and eliminate this disease but is just a first step.

All stakeholders, including advocates, researchers, health workers, the private sector, and of course, people living with RHD, will need to continue to work together with partners around the world to ensure that governments and the World Health Organization fulfil their commitment and take action on this preventable disease.

At RHD Action, we will strive to ensure that the policy recommendations contained in the Resolution are translated into real actions at the regional, national and local levels.

You can watch a replay of the intergovernmental discussions here. These discussions took place in Committee B on Friday 25 May.

Secondly the Resolution invites all stakeholders to collaborate with WHO and Member States in order to:

Finally, the Resolution makes 5 requests to the Director-General of WHO: