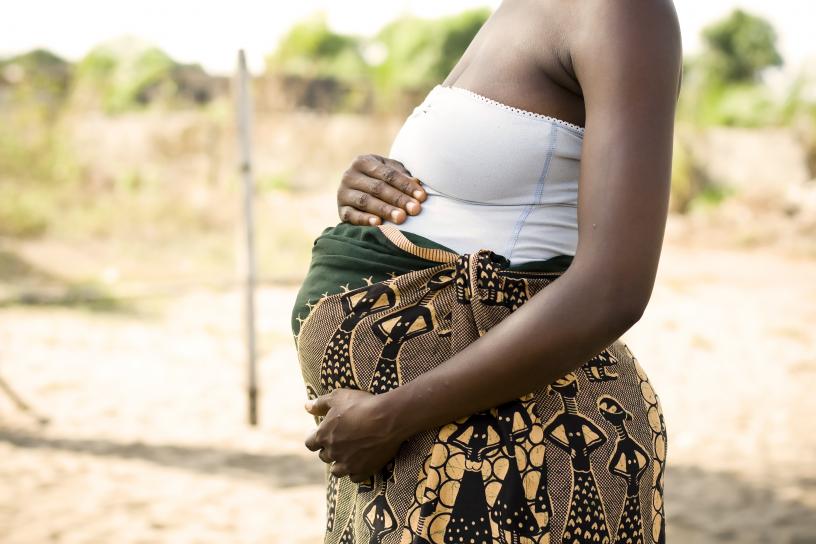 Between 1990 and 2015, there were over 10 million maternal deaths, almost all among women residing in low- and middle-income countries (LMICs). In these regions, one in five maternal deaths result from indirect causes, most commonly exacerbation of pre-existing medical conditions like heart disease. RHD is a leading cause of indirect maternal death, whereby the acquired heart valve lesions limit the ability of the heart to handle the substantial increase in cardiac output and blood volume during pregnancy. The diagnosis of RHD is often made for the first time when symptoms arise in response to these haemodynamic changes. Unfortunately, breathlessness, fatigue and swelling, and heart murmurs are signs and symptoms of heart failure, and these are easily mistaken for normal signs and symptoms of late pregnancy, therefore placing women at risk of cardiovascular collapse and even death. RHD patients who have received metallic valve replacement surgery rely on anticoagulant medication to prevent blood clots from forming and blocking the metallic valve. However, warfarin anticoagulation is associated with poor pregnancy outcomes including miscarriage and developmental abnormalities among surviving infants, as well as placing women at great risk for haemorrhage during delivery.

National and local research confirms the tragic toll of RHD on pregnant women. In February 2018 results of a large multi-center register study of women with heart disease in pregnancy were published. The study demonstrated that 50% of pregnant women with mitral stenosis from RHD developed heart failure. Many women with less severe valve disease also developed heart failure. Two percent of women in the study died during or after pregnancy though others required intensive health care which is not readily available in lower-resource setting.

Global efforts are underway to target maternal health and RHD specifically, the World Heart Federation and World Health Organization has set out to reduce premature mortality from RHD by 25% by the year 2025, and the first high-level global policy is set to be adopted at the 2018 World Health Assembly. Soon, national and international decision makers will need to prioritise RHD and its eradication in endemic settings.