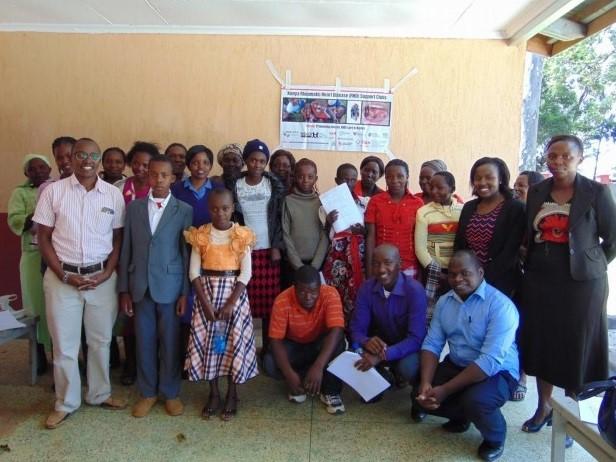 A patient support club for RHD was launched on 5 December 2015 in the city of Machakos, located 60km to the south-east of Nairobi, Kenya. The launch was coordinated by Dr Duncan Matheka and Dr Mellany Murgor, and a total of 10 patients at varying stages of RHD diagnosis and treatment attended the launch. Family members also attended to show support and learn about the disease.

A similar RHD Patient Support Club had previously been established in Nairobi, and was launched at the University Of Nairobi School Of Medicine on 8 March 2014. Attended by policy makers, NGOs, media, private sector, and universities, this inaugural launch saw 11 RHD patients and their families commit to be part of the club, based on the patient support group model used by Australian NGO CLAN (Caring and Living as Neighbours).

The objectives for the new Machakos Rheumatic Heart Disease Club are to: 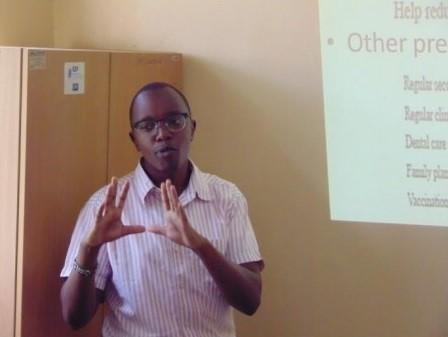 A Story of Triumph – Bernard Kipkoech

One moment from the launch of the Machakos RHD Club stood out to those diagnosed with the disease.

“Amidst the pain and struggle of dealing with RHD, there is always a way out. You just need to get diagnosed and receive the appropriate treatment”.

These were the words shared at the launch of Machakos RHD Club by Bernard Kipkoech, a second year nursing student at the Machakos Kenya Medical Training College (KTMC).

Bernard shared his experiences and struggles after being diagnosed with mitral valve stenosis at the young age of nine. He described travelling from hospital to hospital in search of treatment, and the stigma he endured from the community.

He further explained how he watched his peers in school progress while he remained at home, and described the painful monthly penicillin injections he received. He was also unable to play his favourite sports, as his heart could not undergo strenuous activity.

In contrast today, Bernard lives a normal life, and the echocardiogram screening he received on the day of the launch revealed that his heart was functioning normally: his words and recovery encouraged and inspired the children attending the club.