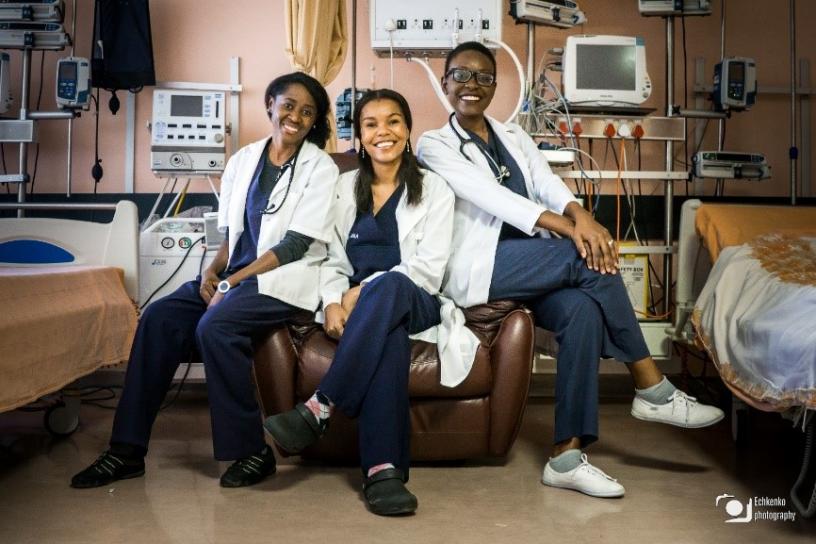 Last year, RHD Action awarded a small grant to Dr Tangeni Auala for a project entitled, "Namibian RHD Ambassadors Program Pilot." The Namibian RHD Ambassador program is a patient-driven awareness campaign that aims to empower People Living with Rheumatic Heart Disease (PLWRHD) by educating them about their disease so that they, in turn, can utilise their knowledge and skills to educate their families and communities about Rheumatic Fever (RF)and Rheumatic Heart Disease (RHD). The Program also provides a platform for PLWRHD to advocate for their health needs.

Namibia is especially recognised among RHD-endemic countries for their government’s formal commitment to fight RHD. Their National Advisory Committee for RF and RHD was formed in 2015 under the authority of the Minister of Health and Social Services of Namibia (MoHSS) - an historic milestone for Africa! This RHD Ambassadors Pilot Program received endorsement from the Permanent Secretary from the advisory committee and was adopted by the Non-Communicable Diseases Division of the Primary Health Care Directorate of MoHSS.

At the outset of the program, 10 PLWRHD were selected to attend a series of educational workshops to introduce the Ambassador Program concept and to gauge levels of interest and commitment, as well as expectations of what they wanted to gain from the projects. The workshops were designed and conducted by a team consisting of a specialist physician, two cardiac medical officers, medical interns, nurses and social workers from the cardiac clinics and ICUs at both Windhoek Central and Oshakati Intermediate Hospitals. University of Namibia School of Medicine medical students were also involved.

The Ambassadors were most excited about learning more about RHD, particularly about the renewed international interest into the disease as well as having a platform to share experiences, express frustrations and create bonds with each other and health care workers involved in their care.

As this was a pilot project with a small budget, only a few ambassadors were selected to get the program established. However, as word spread amongst PLWRHD and people with other cardiac conditions many patients came forward asking to participate and get involved. As a solution, the patients themselves created their own group called “Cardiac Family” and met independently and communicated regularly via ‘Whatsapp’. These new constituents have provided innovative ideas and feedback to the Ambassadors and team. This Cardiac Family group has taken on a much-needed support group role.

This was instrumental in the establishment of an RHD awareness campaign comprising of posters, pamphlets, T shirts, radio interviews and television slots featuring the Ambassadors and “Cardiac Family” ideas to inform and educate about RF and RHD. They were also very eager to support another RHD Namibia project “the Penicillin Task Force” as they are amongst those most affected by the “breaks” in the penicillin supply chain.

The Ambassadors and “Cardiac Family” were most excited about commemorating World Heart Day every year. In 2017, two Ambassador-inspired events were held in the capital city, Windhoek, and in Oshakati, a town in northern Namibia where the satellite RHD clinic is based. World Heart Day 2017 was commemorated with a ‘Healthy Heart Awareness and Screening Week’ in Windhoek and an ‘RHD Awareness Day’ in Oshakati. This was a collaborative effort between the MoHSS, the Office of the Prime Minister of Namibia and the RHD Ambassadors. The week involved several health awareness activities including radio interviews in different local languages with RHD Ambassadors and members of the support team. The week culminated with a health walk on Friday, World Heart Day, in Windhoek where people living with RHD, their families, health care practitioners and the community marched along Independence Avenue wearing “Beat RHD ASAP” t-shirts  followed by festivities that included a “Selfie Station”, traditional singing and hip-hop dancing, a song written and performed by RHD Ambassadors, and a short skit written and performed by the Ambassadors illustrating a patient suffering from acute rheumatic fever being taken by his community to the nearest clinic for medical attention and penicillin. The event was well attended and well received. 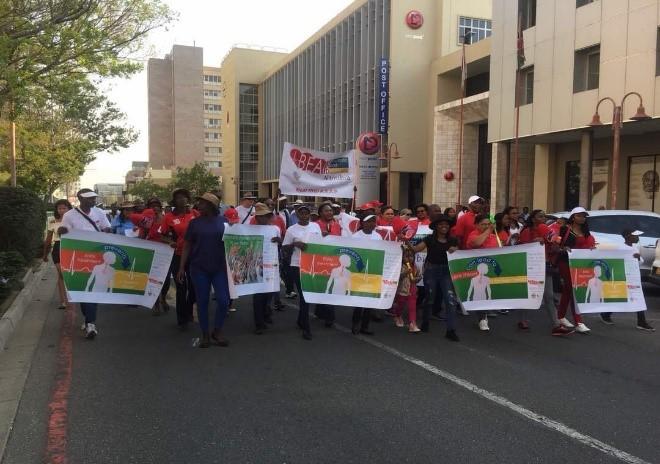 Health walk on World Heart Day, 2017 in where people living with RHD, their families, health care practitioners and the community marched along Independence Avenue in Windhoek, Namibia

In Oshakati, RHD Ambassadors, together with nursing staff, social workers and medical interns arranged the day’s festivities. It was a short formal program with opening remarks by the Oshana Regional Health Director. There was an introductory talk about RF and RHD by a medical intern, moving testimonials from three PLWRHD, and a poem written by a young woman with congenital heart disease delivered by an RHD Ambassador; there was also a dance piece performed by hearing impaired performers from the Eluwa Special School Cultural Group and a vote of thanks from the medical superintendent of Oshakati Intermediate Hospital.

Media coverage for the events included the new Facebook page: Namibia Hearts. This Facebook page was originally meant to be a platform to create a buzz about World Heart Day Activities but the RHD Ambassadors decided to keep it going as a platform to share information about RF and RHD, and RHD activities. The Patriot (local newspaper) published a Heart Health Awareness piece with a special focus on RF/RHD for World Heart Day. The events were also covered through radio interviews with healthcare workers and RHD Ambassadors in as many of the Namibian languages as possible. Excitingly, there was a debut health edition panel discussion on national TV network talk show weekly “Tupopyeni –Let’s Talk” featuring one of the RHD Ambassadors, a cardiac social worker and a medical doctor.

Another very important outcome of the Ambassadors Program is the Namibian Minister’s and Permanent Secretary’s of Health expressions of continued support of the project. Additionally, the Non-Communicable Disease desk at MOHSS has a vested interest in the continuation of the project and expressed interest to incorporate some of the elements of the RHD Ambassador activities into their existing programs for other diseases.

We congratulate our Namibian colleagues on a job well done – especially for connecting with other cardiac patients and establishing strong formal relations with government. Watch our social media platforms for more news and updates from this very energetic and successful program!