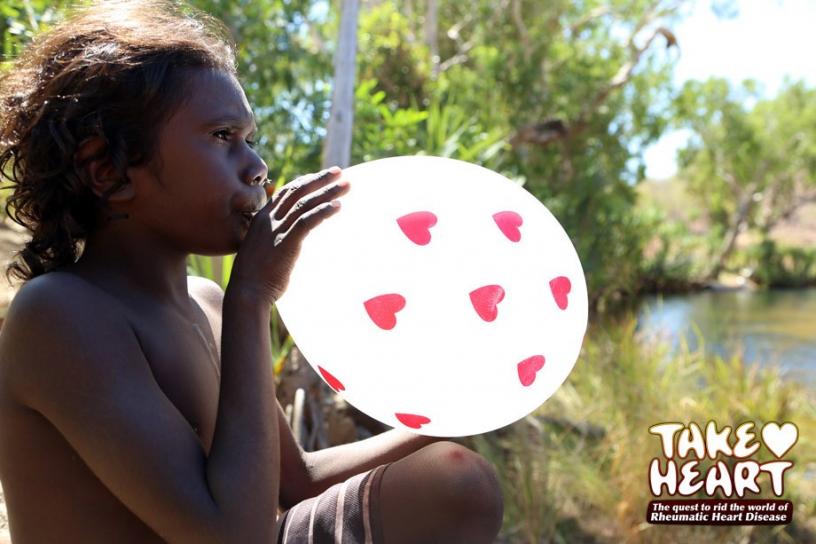 Take Heart is a global communications project designed to make the largely invisible issue of Rheumatic Heart Disease visible to those who have the greatest hand in its prevention: at-risk communities, young people on secondary prophylaxis, health workers, policy makers and the general public. The episodic series looks at the story of RHD in four regions: Australasia, Africa/ Middle East, Asia / Pacific and Latin America. Filming has already taken place in Australasia and Africa.

Now, the first phase of the project focussing on RHD in Australasia is set to release in March 2016. Watch the official trailer to learn more.

Is RHD a household phrase in your community? What if it were?

Can you imagine raising consciousness about RHD in your country through theatrical (cinema) screenings, TV broadcasts, parliamentary events, community engagement initiatives, digital and social media strategies? This is what’s about to happen in Australia and the producers of Take Heart hope you will do same with their help. Check out the project website to learn more and signup to the Take Heart newsletter to stay in the loop.

The producers wish to thank WHF and the RHD Action movement for supporting this important global communications initiative.